Every year at Cedar we hold a ‘Knowledge Day’, where all our employees come off-site and gather in a hotel somewhere to share knowledge. Although there’s significant lost revenue, it’s an invaluable way of getting everyone together and keeping our skills current. It was particularly pleasing that after being acquired our new owners were supportive of the event – with some Version 1 execs having speaking slots.

We spent the morning as a complete group for a number of sessions on Cedar integration into V1, the plans for the future etc. Graham Varley was one of our OpenWorld delegation, so was able to share many of the themes that he’d picked up upon whilst over in San Francisco. 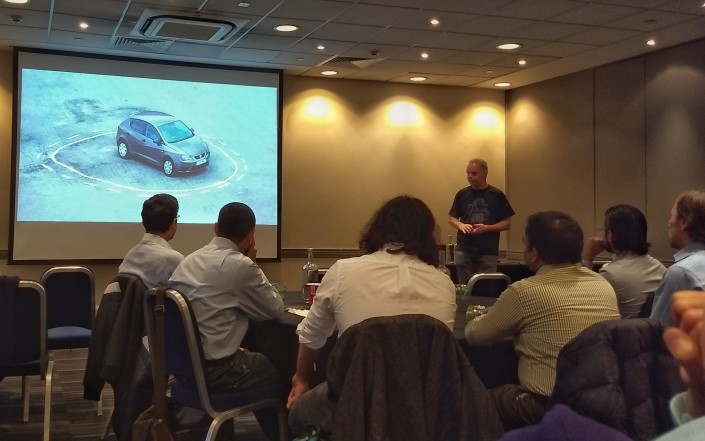 In the afternoon we split into streams – two for PeopleSoft (1x Func and 1x Tech) and a stream for Oracle Cloud apps.

In the Cloud track we started with Cedar’s Mel talking about the differences between Taleo recruiting and the new Oracle Recruiting Cloud module. 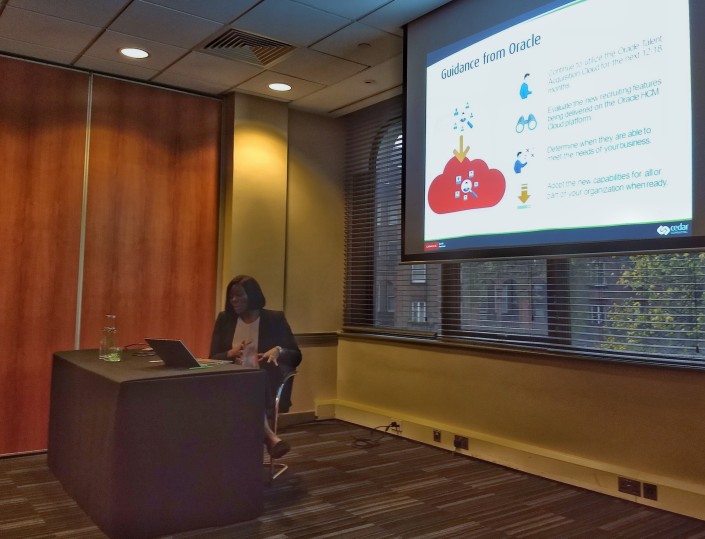 Mel and ORC vs Taleo

We were then joined by Andy McGhee from Oracle who was kind enough to run a couple of sessions – one on the work of the HCM Cloud Development Centre of Excellence and how to work better with them, and one on the NewsFeed/Responsive UX.

Finally we were joined by Andy Camelford and Jonathan Goldsmith who gave us a showcase of the Oracle Learning Cloud – which has come on hugely since many of us had last seen it.

After that it was back together for some final words, then off to the pub for some traditional networking 🙂

This entry was posted in Events.