Cedar’s annual Oracle Day was held earlier this week in London. It had a good mix of content across 4 streams and we had about 80 people in attendance so some sessions were standing room only.

I was particularly pleased as this was our strongest year yet in terms of content and speakers for the Oracle Cloud stream.

Gender Pay & Robots, What Does the Future of HR Look Like?

We started with Andy Campbell’s session. In addition to the topics in the title he also talked about gig workers, diversity, millennials and we all played a game called “How likely is it that a robot will take my job?” 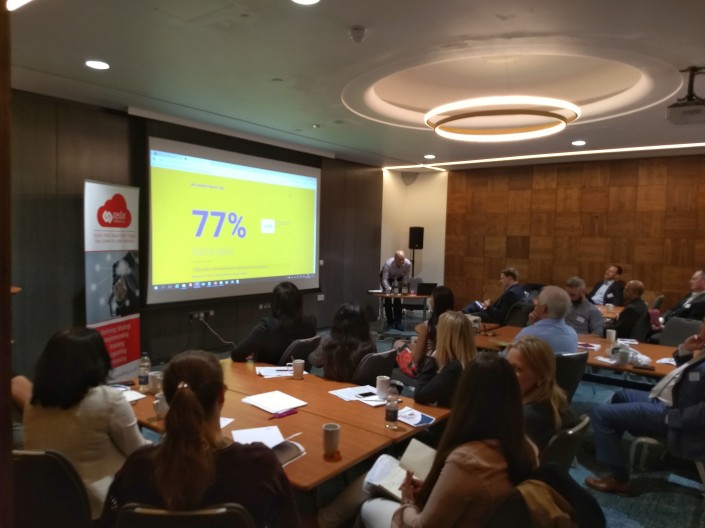 If I recall correctly, there’s a 77% chance that bartenders will be out of work when the robot revolution arrives.

Mike Everitt followed up with two sessions, one focusing on the new Oracle Recruiting Cloud that Oracle have released which looks great and is very, very exciting – particularly for mid-size clients initially.

Mike also gave us a thorough demo of the HR Helpdesk Cloud. For those from the PeopleSoft HR world we always had to deploy CRM to get HR Helpdesk, now we can get it without having to set up lots of integration between pillars. 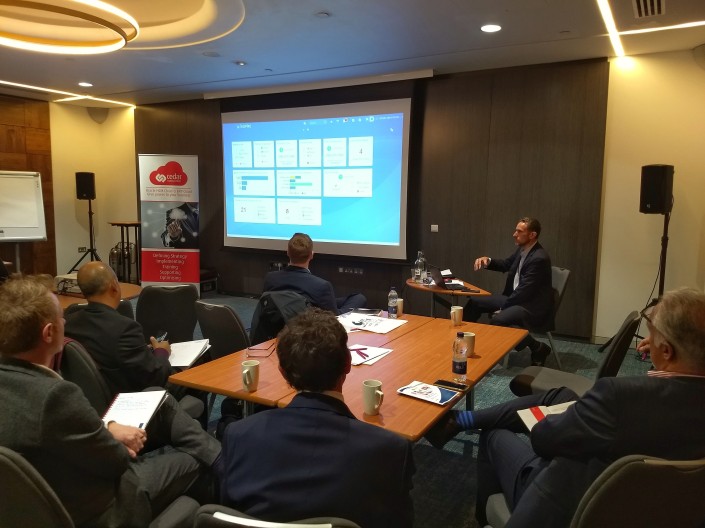 Lucy Group: Around the World in 30 Days

Bianca Shephard – the client-side Project Manager for the Lucy Group implementation – gave a really good session on how to implement HCM Cloud and end up with a company full of employees who love the system. 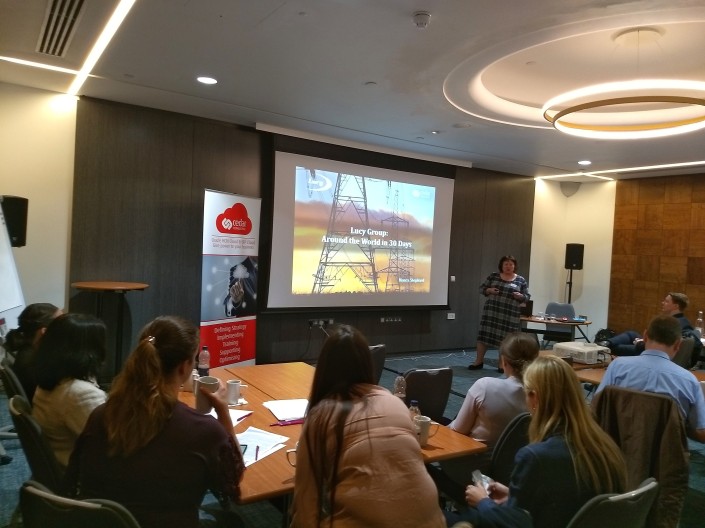 If you want to hear Bianca speak or more about the implementation there’s a 3 minute video here.

Excitingly we had two speakers for the HCM Cloud keynote – June Farmer and Sarah Henry.

June appeared via video link to give us a run through of the high-level themes and a bit about where AI fits into the applications (areas where we already have it, and areas that it will be added to). June did a great job, despite it being very early in her time zone and didn’t mind us beaming her face up on the 12 foot wide screen. 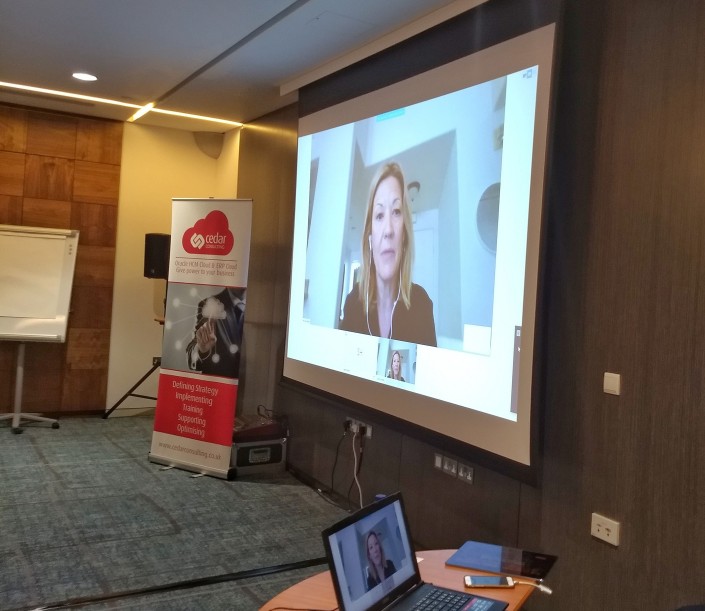 June was followed by Sarah who gave us great demo of how the newsfeed UI – that we’re expecting later this year – is going to dramatically improve the experience for our customers and their users. Not only is the homepage very different, but many of the application pages are being redesigned and streamlined too. 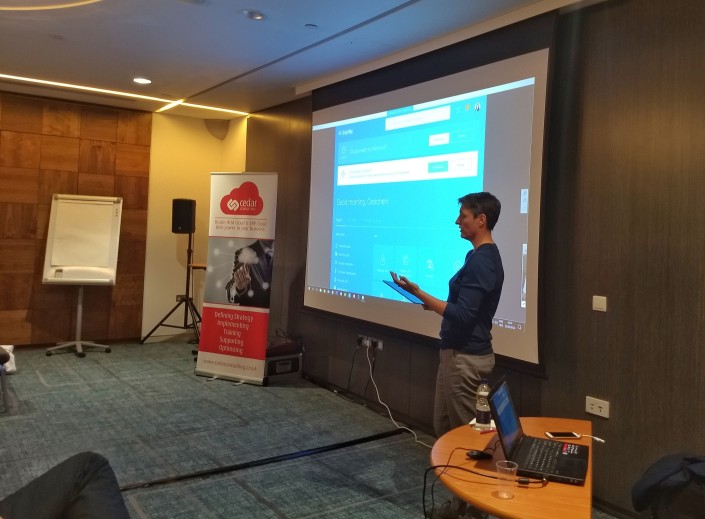 Sarah did an awesome job demoing across multiple gadgets to show how the UI adapts responsively to different device resolutions.

So, in summary, a great event with a lot to consider for customers – whether it’s future HR trends, potential new modules, how to make your users fans of the system or how the newsfeed UI will change the game.

This entry was posted in Events.