And now the not so good news. 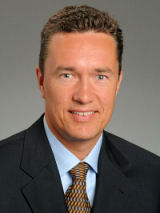 If the rumours are true then it appears Jesper Andersen has left Oracle.  For those unaware as to his importance, he was the Senior VP of Applications.  In fact, according to the source linked to below, he was sometimes referred to as ‘Mr Fusion’.

I’ve heard Jesper speak in the past at the UKOUG and I’m pretty sure he’s done one or two of Oracle’s podcasts.  Jesper was also one of the ‘ex-PeopleSofters’ so I was always pleased he was in a position of prominence.

There have been a few Fusion or PeopleSoft related departures recently, John Wookey, Doris Wong and now Jesper …

In the customer session on Sunday, Chris Leone, the Group Vice President of ERP Application Product Strategy claimed that Jesper Andersen hasn’t had any Fusion responsibilities “for years”.

On an unrelated topic, word on the street says Ellison didn’t share Doris’ ambitious PeopleTools roadmap vision and suddenly she was leaving to spend more time with her family.